Places I have Nursed and Pumped

I have now been a breastfeeding Mum for over 5 years, so I thought I would look back on all of the different places that I have nursed and pumped.

I can't think of any particularly funny stories of my nursing antics.  I've only ever been aked to move once and that was at my sons nursery.  He was 2 I think and he had just moved up to the next classroom.  I tried to visit every lunchtime to nurse and it was usually at the beginning of nap time.  The teacher wasn't particularly friendly and not my favourite.  She asked me to move into another room and I declined (citing my legal rights), so she left the room and sent another in her place who applauded me for nursing so long as she had also done with hers.

I returned to work when William was 3-4 months old.  I nursed before and after work at the nursery and also visited at lunchtimes on most days, but I still needed to pump at least twice a day to provide enough milk for his bottles and keep up my supply.  With Ellie, I have pumped maybe twenty times because I have been working from home since she was born. 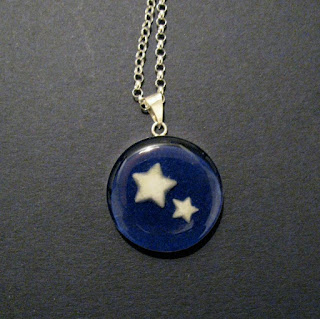 Tell me about any unusual places that you have nursed in public or pumped in the comments below.

This post is part of the Keep Britain Breastfeeding Scavenger Hunt which is running from June 23-29, 2013 during National Breastfeeding Awareness Week.  Over 40 bloggers and 25 companies are taking part.  Bloggers will be writing about their breastfeeding experiences all week and there will be lots and lots of prizes up for grabs.  Each time you read a post you will have the chance to earn points by entering the rafflecopter attached to the post.  The more posts you read, the more points you gain.  At 50 points you become eligible to be entered for the chance to win the main prize with over £1000 worth of breastfeeding goodies.  Please enter using the rafflecopter below, and check out these other fabulous bloggers to read more about breastfeeding and to find more rafflecopters to enter. 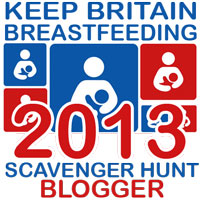 The company Breast-Aid have promised a pair of breast warming pads for the winner of the Keep Britain Breastfeeding Scavenger Hunt 2013.  Although not necessarily needed by everyone these pads are great for natural warmth as they reflect your own bodyheat.  Many breast warming products heat around the nipple, whereas this product covers the nipple which makes them perfect if you have been suffering with nipple vasospasm or Reynauds.  Click here to purchase.

Here is the rafflecopter -